On December 1st the CSGA Board of Directors endorsed a proposal for a Next Generation Seed System (developed by the Seed Synergy Partners) for consultation with its members over the next 3 months. The Board will meet in March 2019 to review feedback from provincial association boards and our shared membership to determine whether the proposal in its current form has broad-based support.

The proposal has 3 core elements focused on:

The details of the proposals are outlined in a package of three documents including:

CSGA will be providing its members an opportunity to provide feedback in person and at upcoming provincial seed grower association meetings as well as online over the next few months.

In the meantime, we welcome any feedback from our members and look forward to the discussions that arise from them. To submit feedback, email seedtalk@seedgrowers.ca

The first phase of stakeholder consultations on potential new value creation models hosted by Agriculture and Agri-Food Canada (AAFC) and the Canadian Food Inspection Agency (CFIA) kicked off in Winnipeg, MB in mid-November. Sessions were also held in Ottawa, Saskatoon, and Edmonton. Also, a Maritimes session will take place in January and an online component is scheduled for early in the New Year. The exercise is designed to elicit feedback on two models; a trailing royalty and an end-point royalty system, both of which are designed to generate additional revenue from farm saved seed.

CSGA is currently working closely with the Seed Synergy partners to ensure that its preferred option, the contract royalty model is understood and effectively communicated to members and other interested parties. As part of this exercise, CSGA is engaged with partner organizations to develop an operational version of the contract royalty model currently referred to as a Seed Variety Use Agreement.

The need for change

All conversations related to value creation require an understanding of the challenges facing the sector. Currently, research for cereal, pulse and specialty crops is under-resourced when we consider the long-term view with increased global competition and the rapid pace of new technology innovations. According to a study on Canada’s Seed System by JRG Consulting Group, we are missing out on the potential to generate $170M in annual benefits for cereals producers, and $340M for the economy at large with a value creation model that increases investments for research.

Research investment in cereals, pulses, flax and specialty crops is also lagging significantly behind other Canadian crops. A survey by the Canadian Seed Trade Association shows that total investment by private companies in canola in 2017, for example, was $94.8M as compared to cereals at $24.2Mnp.

Several global competitors are also ahead of Canada when comparing cereals research investment. Wheat variety development in Canada totals $2.13/acre while the United Kingdom invests $7.31/acre, and Australia and France each invest $3/acre.

These challenges make it critical to increase investment in variety development for cereals, pulses and specialty crops to ensure a sustainable long-term future for Canadian producers.

CSGA will continue to work with Seed Synergy partners and most importantly primary producer organizations to ensure that the Value Creation initiative bears fruit for the benefit of all. 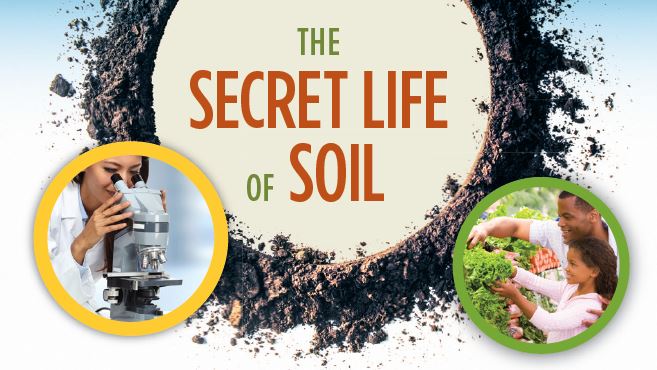 “Soil care is the foundation of our members’ livelihoods, so we have reached out to the Canada Agriculture and Food Museum (CAFM) to get onboard and support the initiative,” says Jonathan Nyborg, President of the CSGA. “As part of CSGA’s strategic plan we recognize the importance of reaching out to the general public in support of their future for healthy food and a healthy environment.”

The new, five-year program will engage millions of Canadians through the following:

The Soil Initiative will be an anchor for a new slate of educational and enriching programs for visitors in Canada’s capital and communities across Canada. The soil theme is also scalable –content from the exhibition and traveling display(s) will be leveraged to engage national audiences through:

CSGA is very pleased to lend its support for public outreach with a salute to soil as a key priority now and in the years ahead. There is great confidence that our members and partners recognize this opportunity and we look forward to our collaborative effort. Learn more at IngeniumCanada.org.

Announcement: CSGA Board Votes in Favour of Change to Year End

Following the Special Members Meeting that took place last month in Winnipeg, CSGA has officially voted in favour of changing the end of the fiscal year of the Association from April 30th to January 31st. As noted in the previous edition of Seed Scoop, the intention of the change is to facilitate a more even distribution of workload throughout the CSGA operating year and to facilitate the production and distribution of the Association’s annual report and related financial statements well in advance of the Annual General Meeting in July. Changing the fiscal year end will allow the CSGA to release its application packages earlier than in previous years. Instead, Members can now expect to receive their packages by early March.

More information about the by-laws of the Association can be found on CSGA’s website. If you wish to learn more about the proposed change or provide feedback, please contact Glyn Chancey, Executive Director of the CSGA at gchancey@seedgrowers.ca or (613) 236-0497, ext. 224.