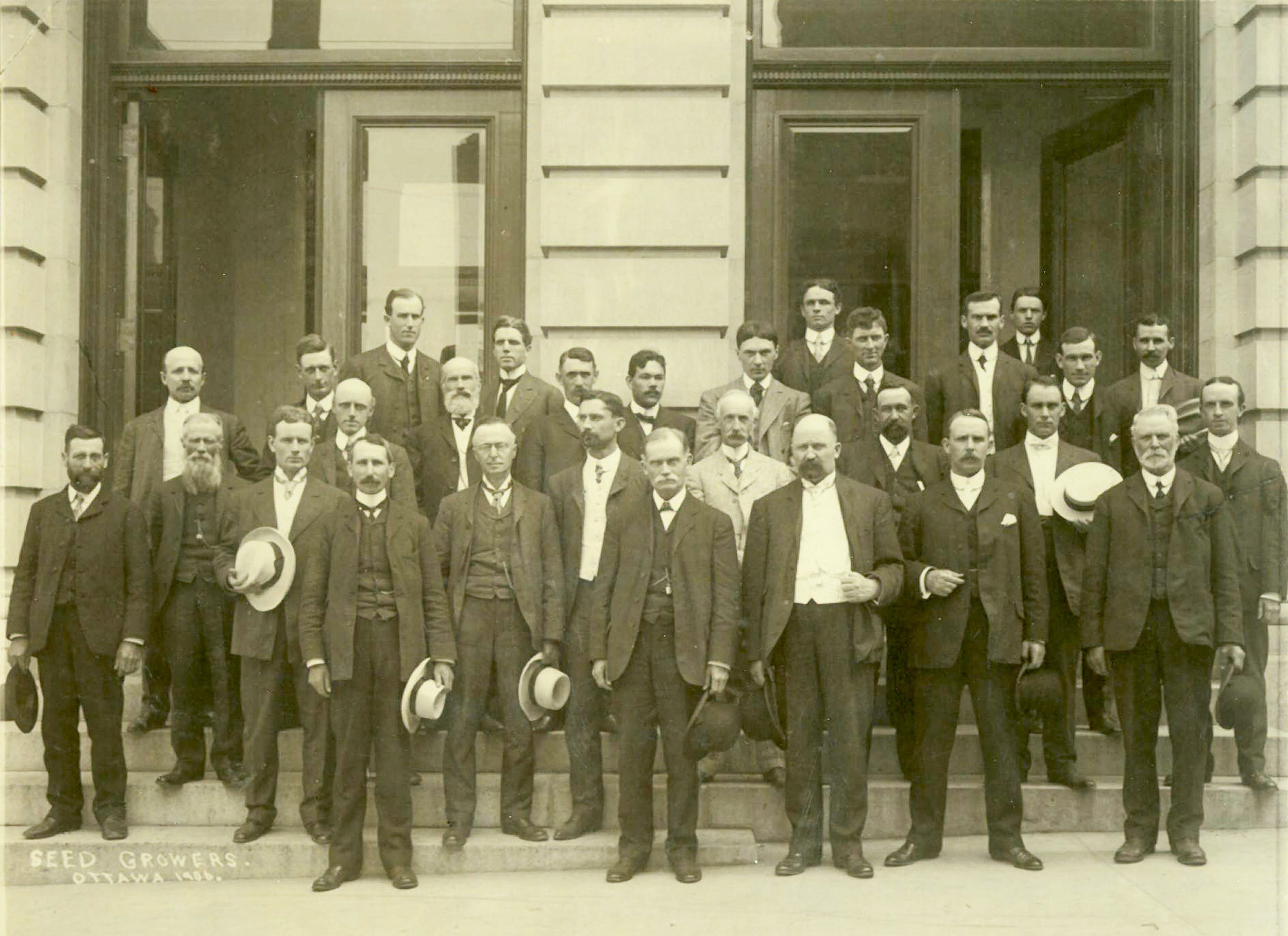 It’s been 117 years since CSGA grew from its humble beginnings as a small group of dedicated individuals working in the Canadian Department of Agriculture who saw the need for improvement in seed stocks that would lead to more profitable crops. Fast forward to today and CSGA has become Canada’s Seed Crop Authority, setting and upholding seed industry standards in close collaboration with our partners to strengthen Canada’s entire seed system.

With this timeline, we welcome our visitors to take a deep dive into the vault of CSGA’s past and to immerse into the incredible industrial developments, organizational growth and technological advances that CSGA has undergone and continues to look forward to in years to come. We hope you enjoy it!

Late 1890s
The Emergence of CSGA

J.W. Robertson, the Commissioner of Agriculture and Dairying in the Dominion Department of Agriculture conceives a plan to encourage farm children to grow better crops from better seed, first donating $100 for prizes, followed by ten thousand dollars donated by Sir William C. Macdonald of Montreal to continue the program and develop a larger seed plot competition amongst farm children. The competition would last three (3) consecutive years.

1904
The Establishment of CSGA

Following the successes of the seed plot competitions in the years previous, the parents of those children express a desire to continue the work of selecting better seed.  As a result, the Canadian Seed Growers’ Association (CSGA) is established in 1904 and those parents eventually become the first original members of the Association. In 1904, both the President and Secretary were officials from the federal Department of Agriculture.

This period involved transition from a ‘mass selection’ crop improvement organization to a pedigreed seed organization that maintained traceability and the quality of ‘pure line’ selected varieties developed by government plant breeders.

With increased government support and a new Seeds Act introduced a Certified class and increased seed demand for certified seed after successive western droughts and crop failures. Provincial Branches of CSGA were established, clarified crop certification regulations were published and Plant Breeders Committees were established for technical support and to officially review and approve the varieties eligible for certification.

With consistent government support, this period saw the development of disease standards for Breeder plots and isolation standards for all crops, a new Seeds Act which clarified CSGA’s exclusive authority for certification of seed crop in Canada, expansion of CSGA Branch responsibilities, the emergence of hybrid corn seed crops and most crop varieties developed by breeders in the public sector.

Despite declining direct government support for agriculture, was bolstered by new Seeds Regulations that limited the use of variety names to pedigreed seed. SeCan was launched as a distributor for varieties developed by public sector breeders and was initially managed by the CSGA. Pioneering the computerization of CSGA records by Orrin Clayton was underway as well. This period also witnessed the emergence of variety-specific Identity Preserved Programs, canola production, and varieties developed by private sector breeders.

As government withdrew from seed crop inspections and other direct support for agriculture, this required rapid privatization of crop inspection services, ISO registration of CSGA operations and building an online certification process for seed crops. In this period CSGA worked on variety segregation issues with developers of genetically engineered (GE) varieties and organic certification organizations, developed standards for the additional certification procedures required for new crop innovations like midge tolerant wheat varietal blends and also co-operated with the other national seed associations in renewed strategic planning and restructuring of the seed system in Canada.

CSGA
Looking Into the Future

CSGA’s Strategic Plan was approved by its Board of Directors in March 2017, following a year of analysis, membership engagement, consensus building and priority setting. Of the work undertaken to date in the five Key Results Areas (KRAs) that make up the Plan, advancing the CSGA’s regulatory modernization objectives through the Seed Synergy Project (KRA 4) is where CSGA expended the most effort and resources, and where the most progress was made in 2018-19.