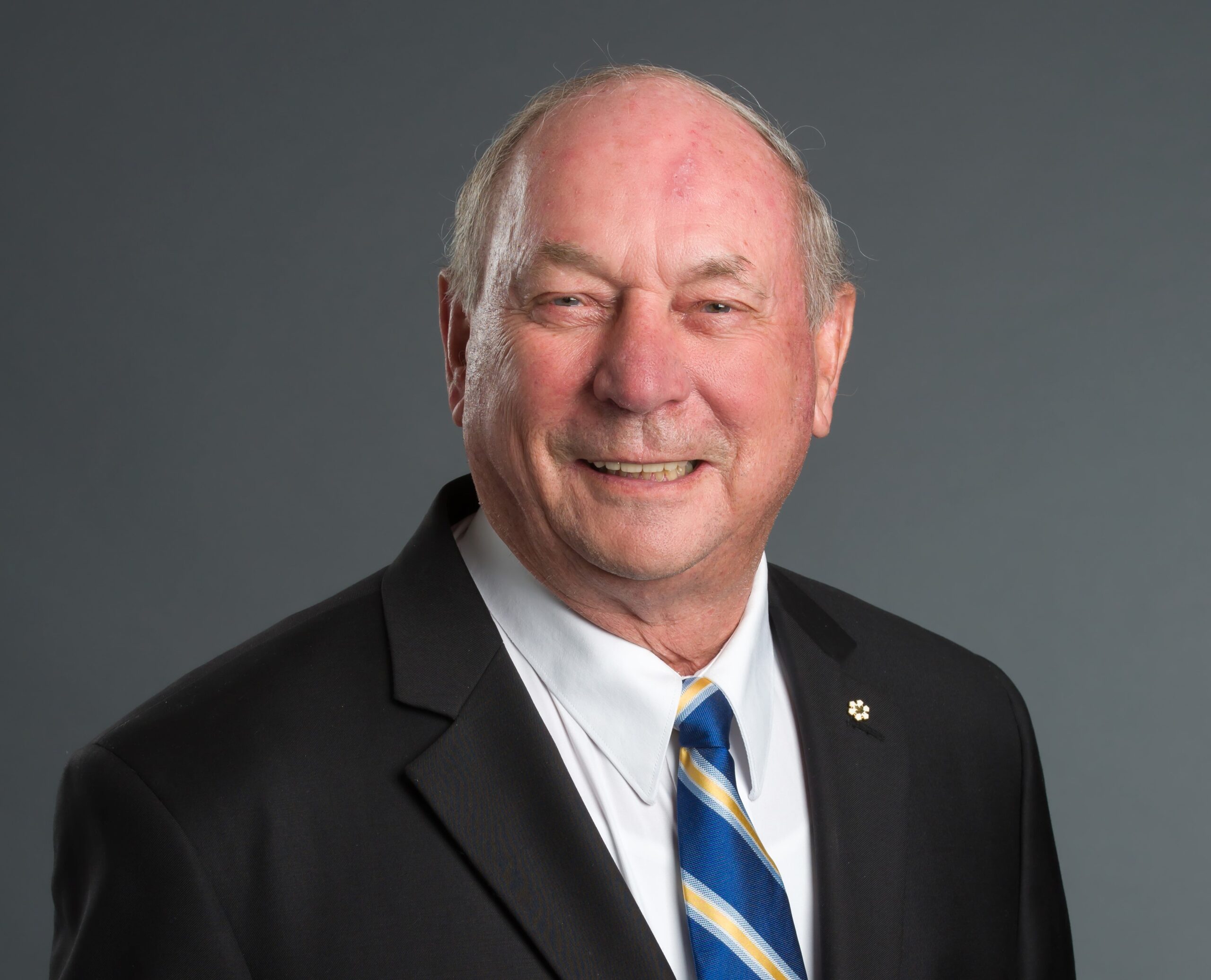 The Canadian Agricultural Hall of Fame Association’s mission is to honour and celebrate Canadians for outstanding contributions to the agriculture and food industry, and to publicize the importance of their achievements to Canadians. To have this prestigious accomplishment bestowed on Dr. Harvey is quite extraordinary.

For over 50 years, Bryan Harvey has been an integral part of Canadian agriculture as a breeder, academic and public servant, as well as an internationally renowned expert and leader in his field, particularly in plant breeding. Dr. Harvey is responsible for developing and co-developing over 65 varieties of barley, many of which have had a major impact on Canadian agriculture and the domestic and international markets for barley.

Additionally, Dr. Harvey is an internationally recognized scholar and is currently Professor Emeritus at the University of Saskatchewan, where he has been tenured since 1966. He has taught classes in crop science, genetics and plant breeding at the diploma, baccalaureate, and postgraduate levels, and has supervised over 25 graduate theses on plant breeding related subjects. Dr. Harvey has also contributed significantly to the scientific study of plant breeding and seeds. His body of research includes over 150 technical articles including books, book chapters, refereed journal articles, conference proceedings and technical reports.

Dr. Harvey’s influence on critical thinking on agriculture issues extends well beyond government and academia. The complete list of institutes, societies, councils, boards, associations, and other organizations that he has served, both within Canada and abroad, is both broad and extensive.

As his impressive curriculum vitae attests, Dr. Harvey has been an expert advisor to a legion of Canadian and international agriculture-related organizations over the last half-century.

Dr. Harvey has helped shape the CSGA we all know today. Bryan was a member of the Stock Seed Distribution Committee from 1967-1992. He has been a member of the CSGA Plant Breeders’ Committee from 1971 to the present and took over as Committee Chair in 1995. Bryan joined the CSGA Board of Directors as an Advisor in 1995 and, after 25 years, still retains that position today. He is also a member of the CSGA’s Research Committee, the CSGA’s Regulatory Services Committee and numerous others. The CSGA Board is incredibly grateful for the countless hours and the generous gift of time Bryan has given CSGA over the years.

In recognition of his service to Canadian agriculture, Bryan was awarded the Order of Canada in 2006, the highest honour for civilians. Bryan also received the Queen’s Diamond Jubilee Medal in September 2012, the CSGA Honorary Life Award in 1994, the Saskatchewan Seed Growers’ Association Honorary Life Award in 1992, the Clark-Newman Award in 2005, an honorary life membership in the Alberta Seed Growers Association, and the Saskatchewan Order of Merit in 2005, among others.

Please join us in congratulating this extraordinary person on such a prestigious accomplishment!

For the first time in its 116-year history, CSGA’s Annual General Meeting (AGM) was held online – a result of the ongoing COVID-19 pandemic.

With a welcome from outgoing president, Jonathan Nyborg and a heartfelt thank you to the AGM’s sponsors – Cribit Seeds and SeCan – the meeting began with the President’s Report and a nod to the efforts of the past year.

Executive Director Glyn Chancey announced his departure from CSGA effective February 1, 2021, provided a high-level review of changes and improvements made within CSGA over the last year, and reviewed the finances of the Association as presented in the 2019 Annual Report.

The full meeting presentation and speaking notes and the 2020-2021 budget are available for download from the CSGA website.

Kevin Runnalls, CSGA Past President and Chair of the Nominations Committee reviewed the nominations for positions on the CSGA National Board, appointments of respective Provincial Ministers as Advisors to the Board, Board of Director appointments and Executive Committee members for 2020-2021. Members approved the Nomination Report moving Jonathan Nyborg of New Brunswick to the past-president position and welcoming Joe Rennick of Saskatchewan to the President position. Click here for a full listing of the 2020-2021 Board of Directors.

The much-anticipated update on the proposed amalgamation of the CSGA with four other Seed Synergy partners took place after the break with Jonathan, Chris Loreto of StrategyCorp and five CSGA Board members speaking to the proposal. Listen here for these Board perspectives.

Members were encouraged to read the full ratification package from the CSGA website and encouraged to register for an upcoming CSGA Town Hall session for an opportunity to discuss with other seed growers the amalgamation proposal and ask questions.

In total, seven member resolutions were received and debated by the members of the Association. Five of the seven were carried and can be downloaded here.

In closing, Joe Rennick, CSGA’s new president shared a few short, but heartfelt words as he took the helm of CSGA. The motion to adjourn the 2020 CSGA AGM was then passed.

A complete AGM summary is also available for download.

Typically, at every CSGA AGM, distinguished individuals are invited on stage to be presented with the CSGA Honorary Life Award or the Robertson Associate Award. As this year’s meeting was done virtually, 2020 recipients’ names were read aloud while attendees were able to see a picture of each person.

Each 2020 recipient has been invited to the 2021 AGM to be properly acknowledged in person. 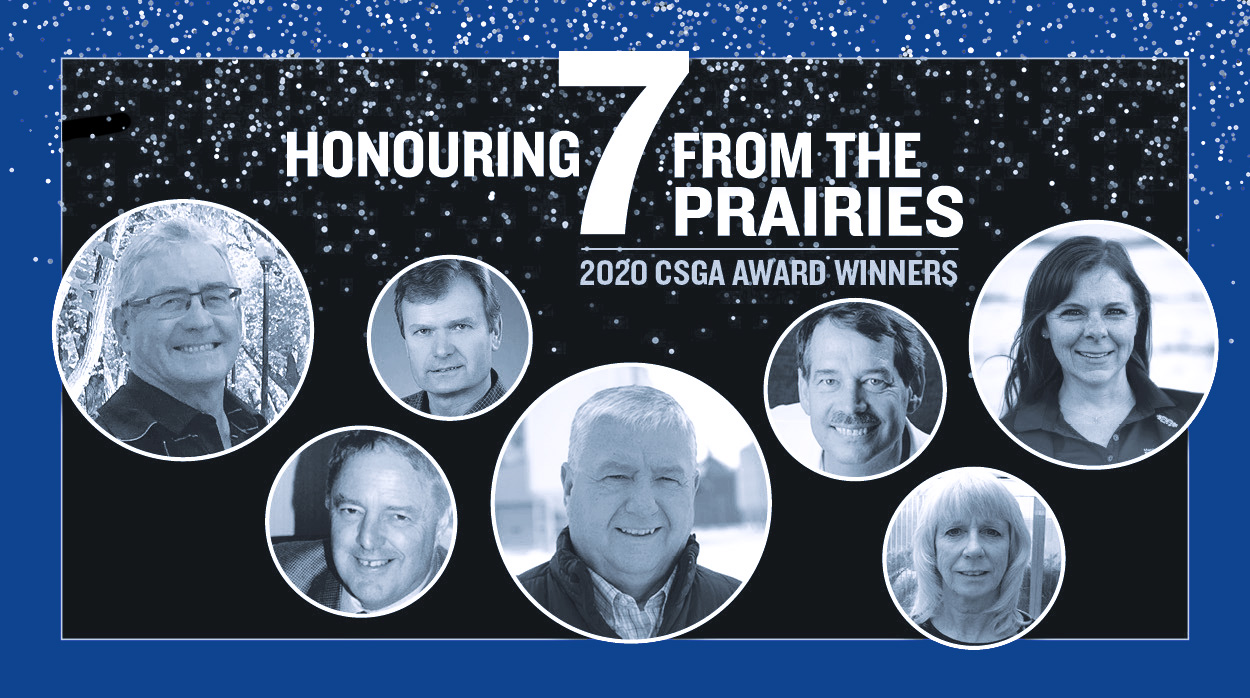 Presented to persons who, by distinguished services to the Association, have contributed to the betterment the Canadian seed sector and Canadian agriculture.

Awarded to those members who have fulfilled with utmost fidelity and success their obligation to the Association and have contributed to the betterment of the Canadian seed sector and Canadian agriculture.

Additional information can be found on the awards page.

CONGRATULATIONS TO EACH OF YOU!

Seed growers are encouraged to attend a CSGA Town Hall to hear from CSGA leaders and from other seed growers. This is your opportunity to discuss the amalgamation proposal, share your opinion and ask questions. Register now!

To help you learn more, CSGA has prepared an information webinar on the proposed amalgamation. Listen to the video on our YouTube channel at a time that is most convenient for you, or even as you are out in the field!

The CSGA Board of Directors is asking you to vote on the proposed amalgamation. Now is the time to become informed. For details on Seeds Canada including the Amalgamation Ratification Package and how to vote by August 27, click here.

Thank You to Our Sponsors!

Thank you to Cribit Seeds and SeCan for supporting our virtual meeting.